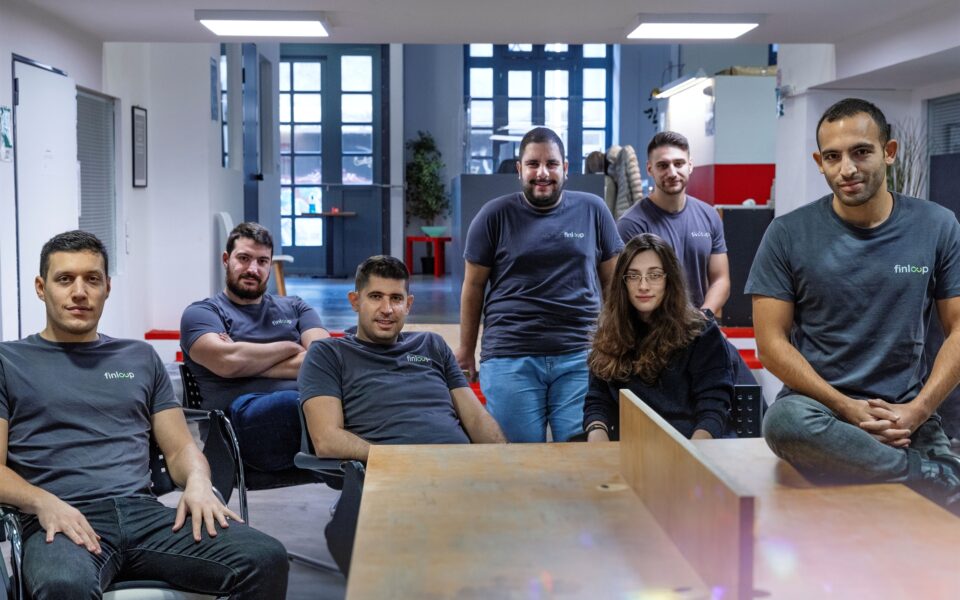 Meet finloup, the first “buy now, pay later” (BNPL) platform in Greece, powered by Open Banking. BNPL is an innovative payment method which facilitates interest-free instalment plans for consumers. While BNPL is a common– even a must-have – payment option in western Europe and the US, it is an entirely new concept in Greece and even Southeastern Europe, yet necessary for consumers in these countries which have had little to no alternative options for credit. But why is access to credit a problem?

According to finloup’s CEO & co-founder, Antonis Prentzas, “When credit is issued, it is a) restricted to people who meet specific and largely outdated qualifications and b) with high-interest rates, late charges or even subscription fees. As such, a significant percentage of Greek consumers – like millennials and Gen Z – are left without options, thus being deprived of things they need now, and can’t afford to buy upfront. These consumers do have the proper financial affordability/behaviour to buy with credit. However they end up being excluded from this option. Consequently, merchants lose potential clients because they can’t provide alternative payment methods to support their needs.

‍Finloup solves this problem, by partnering with retail merchants and enabling consumers to buy products they need now and pay later in 4 monthly payments while securing average basket increase and top-line growth for the seller. Moreover, a credit card or bank loan is not required – all a buyer needs is their e-banking and debit card. 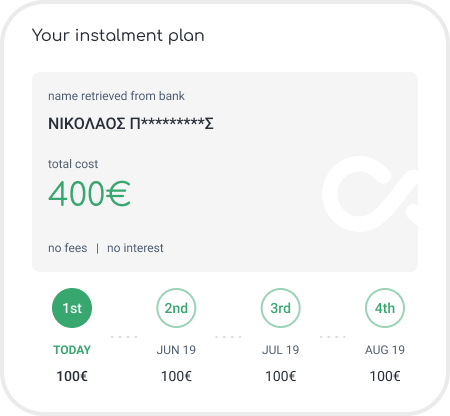 ‍
“The establishment of the open banking system in Greece has made the financial market more open and transparent, giving the power to the consumer. New innovative and user-friendly services from fintechs are being made available to the public; finloup is an excellent example since it taps one of the most important problems for the consumers: fair access to credit.” adds Marios Noutsos, COO & co-founder of finloup.

So what is the differentiating factor between finloup and other BNPL platforms? “Finloup is not just another BNPL service that works like the already established players abroad. You might have noticed that BNPL companies have drawn increased scrutiny for their consumerism, late-fee-focused, no-questions-asked-but-we-will-charge-you-if-you-are-late practices. Well, finloup’s BNPL rests on the sole idea that credit is a human right, and as such, it should be used responsibly and with prudence. That’s why we’ve built our credit decision engine primarily based on Open Banking data. Since inception, we’ve created an advanced algorithm that understands a person’s ability to repay based on real income, the consistency of household bill payments, and behavioral patterns to derive a credit decision for everyone we assess.” Antonis underlines.

One of the angel investors at finloup, Stergios Voskopoulos, Founder at Carpi Ventures, an investment office that helps Greek startups achieve global growth, said about the company, “finloup has a great team, with an impressive grasp in the industry, market leadership plans in certain geographies and complementary skills. We like startups like finloup that have potential beyond Greece, where we can help them grow. I truly got inspired by them to look at supporting the young entrepreneurs of my country”.

Stergios Anastasiadis, General Partner at Genesis Ventures, said, “I strongly believe that Marios and Antonis can drive commerce expansion beyond Greece and hit and exceed their GMV plan because they have built a strong technical team and really know how to operate in this space.”
‍ 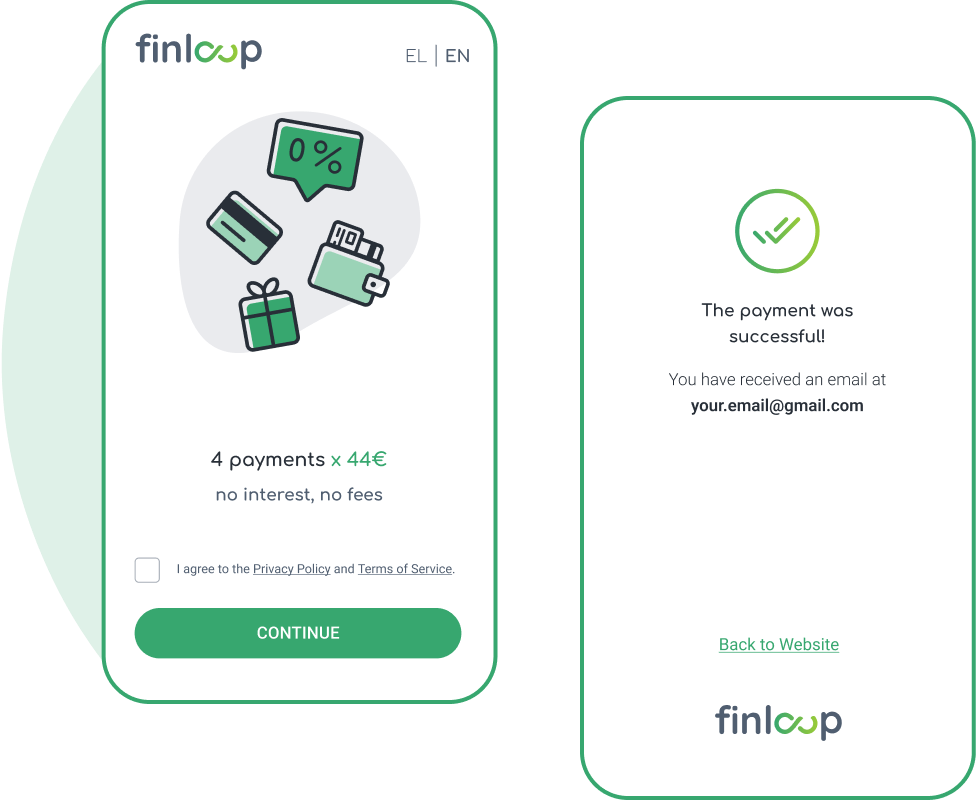 So what has been the response from the market so far? “In the past months, we’ve grown 10x, driven by larger merchant onboarding and increased consumer awareness. This is precisely what we aim to focus on with the investment from Genesis Ventures. At the same time, finloup has doubled merchant sign-ups vs 2021 and already counts over 50 merchants that offer (or will offer) its BNPL – including some leaders from the fashion and baby industry. Additionally, it has closed partnerships with a few leading digital agencies and software houses in Greece, further expanding its business network. These numbers are expected to double by the end of the year.”, says Marios.

The company has doubled its dedicated personnel within the first quarter of 2022 and will be actively recruiting (current open positions here) to further enhance its robust team.

Finally, what is finloup’s vision for the future? Antonis explains: “In the EU and the US, BNPL payment options have already become the norm. However, finloup’s region, which is in Southeast Europe starting from Greece, has yet to claim its market leader. finloup aims to be just that: A leading credit alternative that makes consumption better from every point of view: more affordable, accessible, beneficial and responsible.”